The price of life is eternal vigilance. If you have severe food allergies, that is your reality. Every day, every meal, every bite. Eating is an intrinsic and essential part of what we do and who we are, so the idea that our bodies can rebel violently to everyday foods can be difficult to believe. But it’s real, and the numbers of the severely food allergic are growing. Frustratingly, we don’t know why. While recognized over 100 years ago, the social acknowledgment had lagged. That’s improved in the past decade. Food allergy prevention approaches are now a routine part of travel, school, sports, and the workplace. Peanuts on planes seem to have completely disappeared. The days of lunchbox peanut butter sandwiches are over, with many schools completely banning all peanut-containing products. It is the education system that seems to have become a ground zero for allergy programs and policies, where educators are challenged to ensure that schools are safe environments for all children, some of whom have long lists of food allergies. END_OF_DOCUMENT_TOKEN_TO_BE_REPLACED

From the Canadian Society of Allergy and Clinical Immunology:

The Canadian Society of Allergy and Clinical Immunology (CSACI) is very concerned about the increased marketing of food-specific immunoglobulin G (IgG) testing towards the general public over the past few years, supposedly as a simple means by which to identify “food sensitivity”, food intolerance or food allergies. In the past, this unvalidated form of testing was usually offered by alternative or complementary health providers, but has now become more widely available with direct-to-consumer marketing through a nationwide chain of pharmacies. END_OF_DOCUMENT_TOKEN_TO_BE_REPLACED 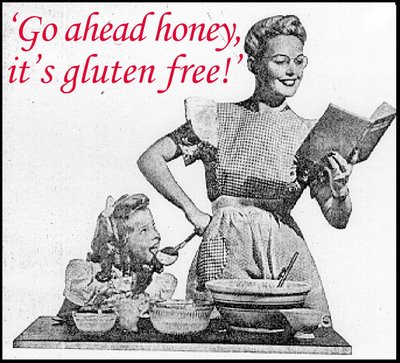 Much of the therapeutics I was taught as part of my pharmacy degree is now of historical interest only. New evidence emerges, and clinical practice change. New treatments replace old ones – sometimes because they’re demonstrably better, and sometimes because marketing trumps evidence. The same changes occurs in the over-the-counter section of the pharmacy, but it’s here marketing seems to completely dominate. There continues to be no lack of interest in vitamin supplements, despite a growing body of evidence that suggests either no benefit, or possible harm, with many products. Yet it’s the perception that these products are beneficial seem to be seem to continue to drive sales. Nowhere is this more apparent than in areas where it’s felt medical needs are not being met. I covered one aspect a few weeks ago in a post on IgG food intolerance blood tests which are clinically useless but sold widely. The diagnosis of celiac disease came up in the comments, which merits a more thorough discussion: particularly, the growing fears over gluten consumption. It reminds me of another dietary fad that seems to have peaked and faded: the fear of Candida.

It wasn’t until I left pharmacy school and started speaking with real patients that I learned we are all filled with Candida – yeast. Most chronic diseases could be traced back to candida, I was told. And it wasn’t just the customers who believed it. One particular pharmacy sold several different kits that purported to eliminate yeast in the body. But these didn’t contain antifungal drugs – most were combinations of laxative and purgatives, combined with psyllium and bentonite clay, all promising to sponge up toxins and candida and restore you to an Enhanced State of Wellness™. There was a strict diet to be followed, too: No sugar, no bread – anything it was thought the yeast would consume. While you can still find these kits for sale, the enthusiasm for them seems to have waned. Whether consumers have caught on that these kits are useless, or have abandoned them because they don’t actually treat any underlying medical issues, isn’t clear.

The trend (which admittedly is hard to quantify) seems to have shifted, now that there’s a new dietary orthodoxy to question. Yeast is out. The real enemy is gluten: consume it at your own risk. There’s a growing demand for gluten labeling, and food producers are bringing out an expanding array of gluten-free (GF) foods. This is fantastic news for those with celiac disease, an immune reaction to gluten, where total gluten avoidance is essential. Only in the past decade or so has the true prevalence of celiac disease has become clear: about 1 in 100 have the disease. With the more frequent diagnosis of celiac disease, the awareness of gluten, and the harm it can cause to some, has soared. But going gluten free isn’t just for those with celiac disease. Tennis star Novak Djokovic doesn’t have celiac disease, but went on a GF diet. Headlines like “Djokovic switched to gluten-free diet, now he’s unstoppable on court” followed. Among children, there’s the pervasive but unfounded linkage of gluten consumption with autism, popularized by Jenny McCarthy and others. Even in the absence of any undesirable symptoms, gluten is being perceived as something to be avoided. END_OF_DOCUMENT_TOKEN_TO_BE_REPLACED