Last Thursday, the Toronto Star ran a front-page story on the Gardasil vaccine, describing the vaccine as having a “dark side”: debilitating illnesses. The headline and the story describe a supposed relationship between the vaccine and an array of serious adverse events:

What was the basis for the Star’s claim that the vaccine causes harm, and that risks are not being disclosed? The story primarily focused on interviews with women and their families who attribute different events to the vaccine. The Star went on to analyze Health Canada’s database and claims it found 50 “serious” incidents, including 15 hospitalizations. Studying the US adverse event database, the Star reported it found thousands of cases of harm, including more than 100 deaths. The implication the Star makes is clear: Harms and risks are not being disclosed to vaccine recipients. Yet while the cases the Star reviews are tragic and in some cases heartbreaking, the relationship to the vaccine is not established in any of the cases it profiles. A single sentence acknowledged the lack of actual evidence linking the vaccine to any of the adverse events it describes:

In the cases discussed in this article, it is the opinion of a patient or doctor that a particular drug has caused a side-effect. There is no conclusive evidence showing the vaccine caused a death or illness.

Relying heavily on anecdote instead of objective scientific evidence, The Star implies causation when all it could show is correlation. The result was a classic “false balance” picture painted about the HPV vaccine’s safety – a gift to the anti-vaccine movement, which also relies heavily on anecdotes and emotion, rather than scientific facts. False balance is always a fear with vaccine reporting, particularly because “false balance” propagates unfounded fears, implying a scientific “debate” when the consensus says otherwise. Given viewing anti-vaccine messaging for a even few minutes can decrease intentions to vaccinate, it is essential, from a public health perspective, to communicate vaccine safety information responsibly. But that didn’t happen with the Star’s vaccine story. From the headline through the reporting, the story failed to communicate risk and benefit effectively. This is unfortunate, because the the HPV vaccine has been studied – extensively. There is robust, high-quality data that establishes its safety. And the Star presented no evidence to demonstrate that the harms of the vaccine have been misstated. END_OF_DOCUMENT_TOKEN_TO_BE_REPLACED 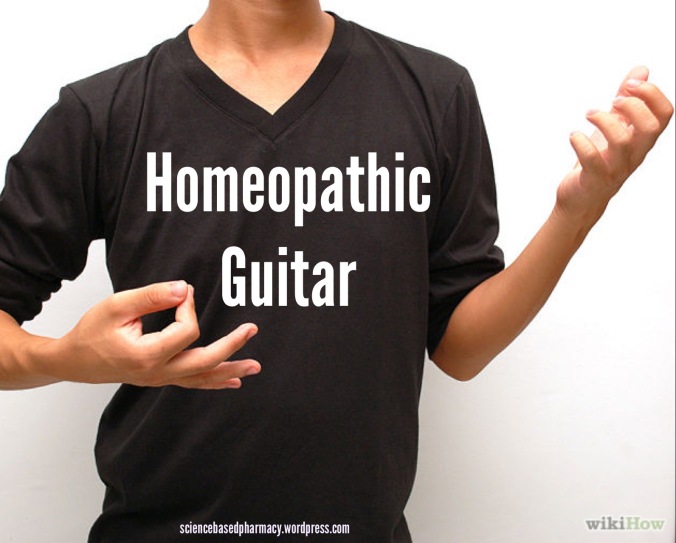 Alternative medicine is ascendant in Canada. From the dubious remedies that are now stocked by nearly every pharmacy, to the questionable “integrative” medicine at universities, there’s a serious move to embrace treatments and practices that are not backed by credible evidence. Canada’s support for alternative medicine, and for its “integration” into conventional health care is arguably is worse than many other countries. Canada’s drugs regulator, Health Canada, has approved hundreds of varieties of sugar pills and declared them to be “safe and effective” homeopathic remedies. Some provinces are even moving to regulate homeopaths as health professionals, just like physicians, nurses and pharmacists. Given the regulatory and legislative “veneer of legitimacy” that homeopathy is being granted, you can see how consumers might be led to believe that homeopathic remedies are effective, or that homeopaths are capable of providing a form of health care. The reality is far uglier, and the consequences may be tragic. Canadian homeopaths are putting the most vulnerable in society at risk by selling sugar pills to consumers, while telling them that they’re getting protection from communicable diseases. END_OF_DOCUMENT_TOKEN_TO_BE_REPLACED

Sugar pills won’t protect you from Influenza – or anything else.

As pseudoscience goes, homeopathy takes the cake for absurdity. It is an elaborate placebo system,  based on nonsensical ideas about biology, biochemistry and medicine. A decision to use homeopathy is a decision to do nothing at all, because homeopathic “remedies” have no medicinal ingredients in them at all. They are inert. Homeopathy is based on the idea that “like cures like” (which is simply a form of magical thinking) involving successive dilutions of products in water. The dilutions are believed to increase, not decrease, the potency of the final product. And these are serious dilutions. Think of putting one drop of a substance into a container of water. Only that container is 131 light-years in diameter. That’s the “30C” dilution used by homeopaths. Homeopaths believe that the water molecules retains a “memory” of the original substance (while conveniently forgetting all the other products it has come in contact with.) The final remedy is diluted so so completely that most “remedies” don’t contain a single molecule of the the original substance you started with.

A homeopathic nosode is a homepathic “remedy” made from infectious material. Unbelievably, Health Canada approves homeopathic “nosodes” for sale in Canada, despite a lack of any evidence they can do anything. Due to lobbying by groups like Bad Science Watch, Health Canada eventually agreed to force products to label nosodes with the caution “This product is not intended to be an alternative to vaccination”.   While this was better that the status quo, there was the fear that homeopaths and other alternative health providers (like naturopaths) would continue to promote homeopathy to prevent or treat communicable disease. And the skeptics were right.  END_OF_DOCUMENT_TOKEN_TO_BE_REPLACED

The re-emergence of vaccine-preventable disease should surprise no-one that’s been following the anti-vaccine movement.

Dealing with anti-vaccinationists is like a game of whack-a-mole, where the moles are the same old tropes that keep popping up, no matter how often they are refuted with facts. Vaccines are a remarkable success of modern medicine: They are health interventions that are both demonstrably effective and remarkably cost-effective. Vaccination has likely prevented more deaths in the past 50 years than any other health intervention. Smallpox was a ruthless killer that took 300 million lives, just in the 20th century alone. Today it’s gone – eliminated forever. And now there are now over two dozen diseases that are vaccine-preventable. They should be an easy sell, and to most people, they are. But the control of vaccine-preventable disease relies in part on herd immunity – sufficient immunization to stop the spread of infection (no vaccine offers 100% protection) and protect those that cannot be immunized. Even a modest number of unvaccinated individuals can lead to reemergence of disease. None of this matters to antivaccinationists, to whom vaccines are bad. Viewing anti-vaccine websites for only five to ten minutes can increase the perception of risk of vaccination, and decrease the perceived risk of omitting vaccines. It also lowers vaccination intentions. By changing perceptions of safety, the willingness to vaccinate decreases. Now imagine that someone you believe to be a health professional openly questioned the efficacy and safety of vaccines – would it reduce your willingness to vaccinate? The evidence says it does. And that’s why the modern practice of naturopathy or “naturopathic medicine” is so concerning. Naturopaths have opposed vaccinations since the invention of naturopathy – starting with smallpox: END_OF_DOCUMENT_TOKEN_TO_BE_REPLACED

Does Tamiflu have any meaningful effects on the prevention or treatment of influenza? Considering the drug’s been on the market for almost 15 years, and is widely used, you should expect this question has been answered after 15 flu seasons. Answering this question from a science-based perspective requires three steps: Consider prior probability, be systematic in the approach, and get all the data. It’s the third step that’s been (until now) impossible with Tamiflu: Some data was unpublished. In general, there’s good evidence to show that negative studies are less likely to be published than positive studies. Unless unpublished studies are included, systematic reviews are more likely to miss negative data, which means there’s the risk of bias in favor of an intervention.

The absence of a full data set on Tamiflu (oseltamivir) and the other neuraminidase inhibitor Relenza (zanamivir) became a rallying point for BMJ and the AllTrials campaign, which seeks to enhance the transparency and accessibility of clinical trials data by challenging trial investigators to make all evidence freely available. (Reforming and enhancing access to trial data was one of the most essential changes recommended by Ben Goldacre in his book, Bad Pharma.) In 2009, Tamiflu’s manufacturer, Hoffman-La Roche committed to making the Tamiflu data set available to investigators. Now after four years of back-and-forth between BMJ, investigators, and Roche, the full clinical trials data set has been made freely available. An updated systematic review was published today in BMJ (formerly The British Medical Journal), entitled “Oseltamivir for influenza in adults and children: systematic review of clinical study reports and summary of regulatory comments.” This will be a short post covering the highlights. As the entire study and accompanying data are freely available, I’ll await continued discussion in the comments. END_OF_DOCUMENT_TOKEN_TO_BE_REPLACED

Happy 2014 Everyone! It’s been a while since the last weekend reading update. Here’s some links and posts for your reading pleasure. The picture above is from the Toronto ice storm that we’re still recovering from. END_OF_DOCUMENT_TOKEN_TO_BE_REPLACED

It’s Thanksgiving! Here’s a quick list of some links of interest. If this is your long weekend, enjoy! END_OF_DOCUMENT_TOKEN_TO_BE_REPLACED

Vitamin K is given routinely to newborns to prevent vitamin K deficient bleeding. It’s injected intramuscularly to prevent early and late cases of gastrointestinal and brain bleeding, which can permanently injury or kill. Without Vitamin K, this is estimated to occur about 3 to 17 times per 1000 newborns.  However, due to fearmongering misinformation from people like Joe Mercola, some parents are refusing this potentially lifesaving therapy for their newborn.  As you might expect, there have been consequences: END_OF_DOCUMENT_TOKEN_TO_BE_REPLACED

The title of this post may suggest I’m making a point that’s beyond obvious. But sometimes the obvious needs to be stated, especially when it comes to the anti-vaccine movement. I was appalled after watching this clip from CBS news about Alex Spourdalakis, a 14-year old boy with severe autism who was brutally murdered by his mother and caregiver. The clip involves CBS journalist Sharyl Attkisson who is demonstrably anti-vaccine. So what does a well-known anti-vaccine journalist have to do with the brutal filicide of a 14-year old autistic boy? END_OF_DOCUMENT_TOKEN_TO_BE_REPLACED

It’s Labour Day weekend, which is a long weekend for many of you. Here’s some articles of interest: END_OF_DOCUMENT_TOKEN_TO_BE_REPLACED