I was recently the guest of Desiree Schell on Skeptically Speaking, where we spent an hour discussing the prevention and treatment of the common cold. Here are some of the references and sources I cited or referred to during the discussion. So read along as you listen to the podcast. END_OF_DOCUMENT_TOKEN_TO_BE_REPLACED

There's no persuasive evidence Flu Shield, or other echinacea products, can prevents colds or the flu, or lessen their symptoms or severity.

Colds and the flu (influenza) are among the most frequent and universal illnesses we all experience. Yet we don’t have any truly effective treatments for them. Sure, there are plenty of products available to treat the symptoms. And there are vaccines and some prescription treatments for influenza, which have modest effects.  But it would be nice if there was something that reliably protected us from getting sick at all, or could speed up recovery if we catch something.

We all have our own approaches for dealing with colds. Given that most infections are mild, differ in their symptoms, and will generally resolve on their own, it’s difficult to distinguish if any treatment is actually doing anything. Sure we felt better, but did the Tylenol take the headache away, or did it go away on its own? Would you have coughed as much if you didn’t take that cough suppressant? And did that chicken soup really make the cold go away sooner? END_OF_DOCUMENT_TOKEN_TO_BE_REPLACED

Neti pots have moved from the fringe to the mainstream over the past few years. Traditionally used to treat sinus problems, their popularity exploded in 2007 when Oprah covered them on her show. Requests flooded the pharmacy I worked at. The pharmacy’s owner ordered in a case, and they  disappeared in days. Given Oprah’s poor record at identifying credible sources of medical information, I was skeptical. But given the limited efficacy of drugs for congestion, physical removal with water seemed reasonable, whether with a neti pot, or simply snorting water out of the sink. It was clear to me that uncontrolled sinus congestion problems were not rare, because pouring a cupful of water into your nostril isn’t something one will do on a whim. END_OF_DOCUMENT_TOKEN_TO_BE_REPLACED 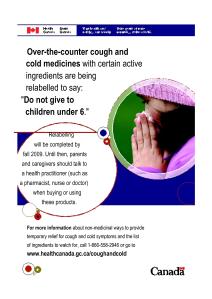 Prior Science-Based Pharmacy posts have examined some of the most appalling examples of quackery found in the pharmacy – products like homeopathy and detox kits. It’s time to turn our attention to a group of “conventional” pharmacy items – cough and cold products for children. After being on the market for decades, they’re suddenly in the news. Many countries are banning them or relabeling them to warn against use in children. What’s happened to cause these changes?

END_OF_DOCUMENT_TOKEN_TO_BE_REPLACED 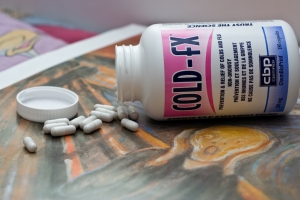