Unsubstantiated claims for natural health products could be a thing of the past in Canada.

I suppose I owe Health Canada some thanks. It was Health Canada’s lackadaisical  regulation of dietary supplements and natural health products that turned me from a “shruggie” pharmacist into one that started advocating, publicly, for putting consumers’ interests ahead of those of supplement manufacturers. While health regulations are seemingly created to protect consumers, Health Canada has  consistently given manufacturers the upper hand, prioritizing a company’s desire to sell a product over a consumer’s right to a properly regulated marketplace with safe, effective products. It’s now very clear that the Natural Health Products Regulations have led to an industry boom and massive sales, but also a confusing marketplace for consumers and no persuasive evidence that all those supplements have any meaningful effects on our health. Canadian drug store shelves in 2016 are packed with hundreds of products with unsubstantiated claims and untested products, and little credible information to guide selection.  Yet all of these products have been reviewed and deemed to be “safe and effective” by Health Canada. END_OF_DOCUMENT_TOKEN_TO_BE_REPLACED 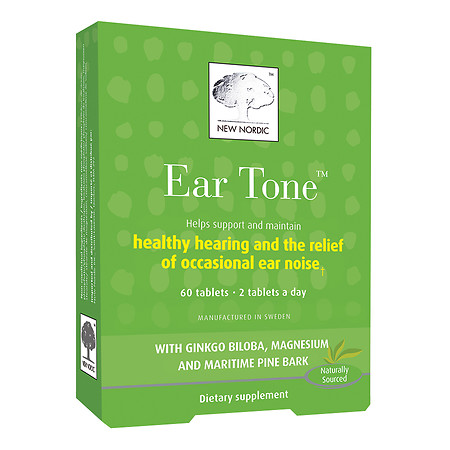 Ear Tone is a supplement claimed to help tinnitus. Does it work?

“Why do you bother blogging?” asked a colleague. “You take hours of your personal time to write, and you do it for free. You’re not even getting any citations for all that work.” I admit I found the questions a bit surprising. True, you won’t find these posts abstracted in PubMed. But I’m writing for an entirely different audience. I blog for the same reason that I became a pharmacist: to help people use medicines more effectively. Practicing as a pharmacist is one way to do that. In that setting, you’re helping one patient at a time. And seeing how your advice and support can enhance someone’s care is tremendously gratifying.

I see blogging as another form of pharmacy practice, hopefully with similar effects. Yes I do get regular hate mail, and the occasional legal threat, but there’s also gratitude for a post that resonated with someone, or helped them make better decisions about their health. When Google searches don’t give answers, I get questions — too many to answer. Today’s post is based on a request for help from someone seeking advice on natural supplements to treat ringing in their ears. They have tinnitus, and they’re frustrated at the limits of what their physician (and medicine) can do. They sent me an advertisement for a supplement called Ear Tone, a natural health product which is advertised (and approved) to provide tinnitus relief. Can natural supplements do what conventional medicine cannot? END_OF_DOCUMENT_TOKEN_TO_BE_REPLACED

Medical history is full of strange practices and beliefs. As scientific principles have become the framework for determining what works (and what doesn’t) in medicine, we’ve seen a steady progression towards more science-based, evidence-based care. Yet some unscientific practices still exist, even when we know they don’t work. It might surprise you to learn that some people believe sugar pills can prevent and heal disease. This belief system, called homeopathy, is a multi-billion dollar industry worldwide, and it’s growing. While there is no convincing evidence to demonstrate that homeopathic treatments are more effective than a placebo, many consumers and even some health professionals accept homeopathy as a legitimate health treatment, and its providers as legitimate health professionals.

Responding to the perceived consumer demand for these products, government regulators have had a difficult decision to make: They could ignore homeopathy as a health practice, treating it like we might think of astrology: firmly outside of medicine, and for entertainment purposes only. Or they could choose some form of regulation, targeting the providers (homeopaths) or the product (homeopathy), possibly with the goal of managing its use, or perhaps limiting harms to consumers. The risk of regulating nonsense is the perceived legitimacy that recognition and regulation implies. Regrettably, regulation in many countries has had that exact effect. What’s worse, regulation often seems to have prioritized the commercial interests of homeopaths (and manufacturers) over the public interest, leaving consumers with little understanding that homeopathy lacks any scientific credibility.

Given the lack of scientific credibility and the evidence it offers no medical benefit, homeopathy has attracted increasing criticism from health professionals, scientists, and science journalists over the years. This advocacy appears to be having an effect. Regular readers at the Science-Based Medicine blog will recall several posts over the past few weeks, describing the possibility of new regulation of homeopathy by the US Food and Drug Administration (FDA). And just recently, Health Canada announced two important changes to its homeopathy regulation, which may signal a new direction that prioritizes the consumer interest and public health. Are we witnessing the beginning of more sensible regulation of this prescientific practice? END_OF_DOCUMENT_TOKEN_TO_BE_REPLACED

Alternative medicine is ascendant in Canada. From the dubious remedies that are now stocked by nearly every pharmacy, to the questionable “integrative” medicine at universities, there’s a serious move to embrace treatments and practices that are not backed by credible evidence. Canada’s support for alternative medicine, and for its “integration” into conventional health care is arguably is worse than many other countries. Canada’s drugs regulator, Health Canada, has approved hundreds of varieties of sugar pills and declared them to be “safe and effective” homeopathic remedies. Some provinces are even moving to regulate homeopaths as health professionals, just like physicians, nurses and pharmacists. Given the regulatory and legislative “veneer of legitimacy” that homeopathy is being granted, you can see how consumers might be led to believe that homeopathic remedies are effective, or that homeopaths are capable of providing a form of health care. The reality is far uglier, and the consequences may be tragic. Canadian homeopaths are putting the most vulnerable in society at risk by selling sugar pills to consumers, while telling them that they’re getting protection from communicable diseases. END_OF_DOCUMENT_TOKEN_TO_BE_REPLACED

If there is one aspect of “alternative” medicine that both critics and fans should agree on, it’s that products should be manufactured to high standards. What’s on the label should accurately describe what’s in the bottle. Product quality standards are essential, whether you’re using herbs or drugs. And when it comes to ensuring the products we buy are of high quality, we’re all effectively reliant on regulation to protect us. As a pharmacist, I can’t personally verify that each tablet in your prescription contains the active ingredient on the label. I am dependent on a supply chain that may stretch around the world. While the product manufacturer may be reputable, it’s only a regulator that can realistically verify and enforce production to strict quality standards. The same cannot be said for products like supplements and herbs which are regulated differently than drugs, and held to different, and in some cases, weaker standards. A weak regulatory framework, which doesn’t hold manufacturers to account, would be expected to result in a product of lower quality. And that’s exactly what you see when you look at supplements on the market today.

END_OF_DOCUMENT_TOKEN_TO_BE_REPLACED 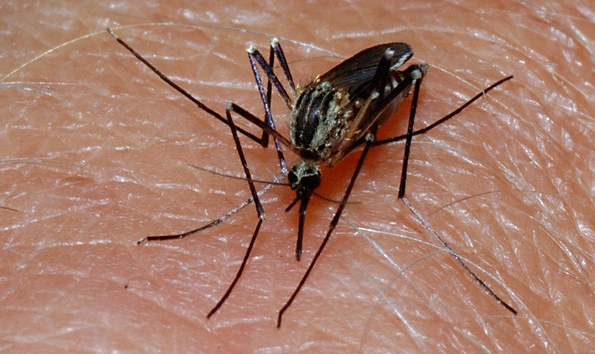 Today’s post is a guest contribution from a Canadian pharmacist who is writing under the pseudonym Sara Russell:

Every morning I open up Facebook and expect to see the usual sharing of my friends’ latest adventures in pseudoscience, but it wasn’t until this morning that I felt compelled to write about something.  A friend had posted this video asking for feedback. END_OF_DOCUMENT_TOKEN_TO_BE_REPLACED

Remarkably, at the same time as Health Canada focuses on influenza education, flu shots, and other proven prevention measures, that same body has licensed 10 products with a homeopathic preparation called “influenzinum.”[8] According to providers, in­fluenzinum is for “preventing the flu and its related symptoms.”[9] Homeopathic vaccines are available for other infectious diseases as well. Health Canada licenses homeopathic preparations purported to prevent polio,[10] measles,[11] and pertussis.[12] Health Canada continues to assure Canadians that it tests products for safety and efficacy before allowing them to enter the market. All approved homeopathic products are given a DIN-HM number. The website states, “A NPN or DIN-HM means that the product has been authorized for sale in Canada and is safe and effective when used according the instructions on the label.”[13]

Pharmacist John Greiss compares Health Canada and the FDA and their action on opiates. The results are striking and reiterate the question above: Is Health Canada putting public health objectives above manufacturers? END_OF_DOCUMENT_TOKEN_TO_BE_REPLACED

END_OF_DOCUMENT_TOKEN_TO_BE_REPLACED 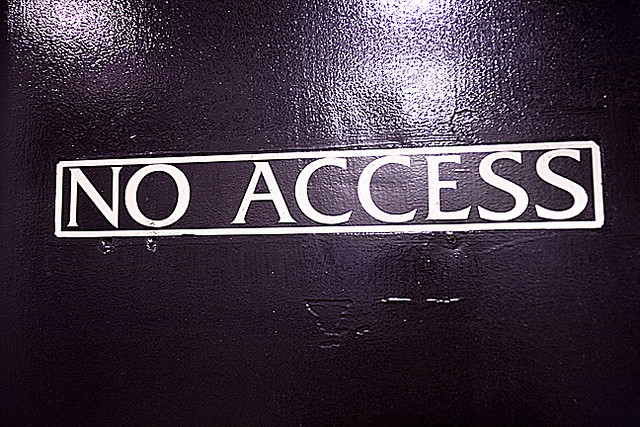 Science-based health professionals hold the scientific method is pretty high regard. We advocate for evaluations of treatments, and treatment decisions, based on the best research. We compile evidence based on fair tests that minimize the risks of bias. And we consider this evidence in the context of the plausibility of the treatment. The fact is, it’s actually not that hard to get a positive result in a trial, especially when it’s sloppily done or biased. And even when a trial is well done, there remains the risk of error simply due to chance alone. So to sort out true treatment effects, from fake effects, two key steps are helpful in reviewing the evidence.

1. Take prior probability into account when assessing data. While a detailed explanation of Bayes Theorem could take several posts, consider prior probability this way: Any test has flaws and limitations. Tests give probabilities based on the test method itself, not on what is being tested. Consequently, in order to evaluate the probability of “x” given a test result, we must incorporate the pre-test probability of “x”. Bayesian analysis uses any existing data, plus the data collected in the test, to give a prediction that factors in prior probabilities. It’s part of the reason why most published research findings are false.

2. Use systematic reviews to evaluate all the evidence. The best way to answer a specific clinical question is to collect all the potentially relevant information in a structured way, consider its quality, analyze it according to predetermined criteria, and then draw conclusions. A systematic review reduces the risk of cherry picking and author bias, compared to non-systematic data-collection or general literature reviews of evidence. A well-conducted systematic review will give us an answer based on the totality of evidence available, and is the best possible answer for a given question.

In order for our evaluation to factor in prior probability, and to be systematic, we need all the evidence. Unfortunately, that’s not always possible if evidence remains unpublished or is otherwise inaccessible. There is good evidence to show that negative studies are less likely to be published than positive studies. Sometimes called the “file drawer” effect, it’s not solely the fault of investigators, as journals seeking positive results may decline to publish negative studies. But unless these studies are found, systematic reviews are more likely to miss negative data, which means there’s the risk of bias in favor of an intervention. How bad is the problem? We really have no complete way to know, for any particular clinical question, just how much is missing or buried. This is a problem that has confounded researchers and authors of systematic reviews for decades. END_OF_DOCUMENT_TOKEN_TO_BE_REPLACED