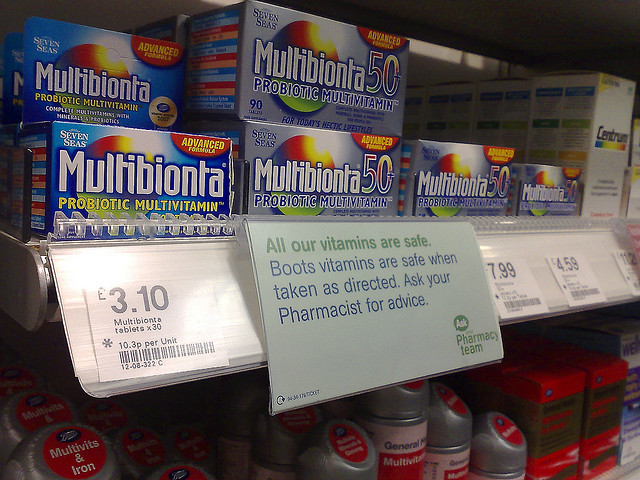 It is a triumph of marketing over evidence that millions take supplements every day. There is no question we need vitamins in our diet to live. But do we need vitamin supplements? It’s not so clear. There is evidence that our diets, even in developed countries, can be deficient in some micronutrients. But there’s also a lack of evidence to demonstrate that routine supplementation is beneficial. And there’s no convincing evidence that supplementing vitamins in the absence of deficiency is beneficial. Studies of supplements suggest that most vitamins are useless at best and harmful at worst. Yet the sales of vitamins seem completely immune to negative publicity. One negative clinical trial can kill a drug, but vitamins retain an aura of wellness, even as the evidence accumulates that they may not offer any meaningful health benefits. So why do so many buy supplements? As I’ve said before, vitamins are magic. Or more accurately, we believe this to be the case.

There can be many reasons for taking vitamins but one of the most popular I hear is “insurance” which is effectively primary prevention – taking a supplement in the absence of a confirmed deficiency or medical need with the belief we’re better off for taking it. A survey backs this up – 48% reported “to improve overall health” as the primary reason for taking vitamins. Yes, there is some vitamin and supplement use that is appropriate and science-based: Vitamin D deficiencies can occur, particularly in northern climates. Folic acid supplements during pregnancy can reduce the risk of neural tube defects. Vitamin B12 supplementation is often justified in the elderly. But what about in the absence of any clear medical need?

The question many have is a straightforward one: Is taking a multivitamin going to do more harm than good? To answer this, we should look at all the evidence in a systematic way, evaluate risks and benefits, estimate the overall odds of a good outcome, and then make a decision that would weigh these factors against considerations like cost. Happily, an updated analysis summarizes the evidence for vitamins to treat two of the biggest killers: cardiovascular disease, and cancer.

The USPSTF has released a revision and update to its 2003 guidance on the use of multivitamins based on an updated systematic review of the evidence. The review was published last week in the Annals of Internal Medicine and is entitled “Vitamin and Mineral Supplements in the Primary Prevention of Cardiovascular Disease and Cancer: An Updated Systematic Evidence Review for the U.S. Preventive Services Task Force“. The objective was to systematically review and summarize the evidence for vitamin and mineral supplements in community-dwelling, nutrient-sufficient adults for the primary prevention of cardiovascular disease (CVD) and cancer. Like any systematic review, the process involved a thorough search of the literature, followed by a ranking based on each study’s quality. From an initial screen of thousands of papers, the final review was whittled down to the following:

Here’s the data for multivitamins, summarized (click to enlarge):

Some of these were huge trials with long durations, which should have been able to detect a difference if any existed. And some studies detected small differences in some groups. But overall, multivitamins were found to have no effect on cardiovascular disease or cancer risk. If multivitamins are beneficial, the effect is too small to detect. Reassuringly, there was no consistent pattern of harms, though subgroup analysis and some individual studies identified elevated cancer or cardiovascular risks.

With individual and paired supplements, there was a lack of good evidence for several vitamins. Overall, there was no strong evidence of either a beneficial or detrimental effect with vitamins A, C, or D, folic acid, selenium, or calcium. The evidence for beta-carotene was more clear: it had no effect on cardiovascular disease, cancer, and mortality. In high-risk subgroups, beta-carotene was associated with an increased cancer risk. The evidence for vitamin E was also clear – it has no beneficial effects.

I’ve blogged about the risks and benefits of calcium and vitamin D before so I was interested in the findings with this combination. Calcium, with or without vitamin D, seems to have no meaningful effects on cancer or cardiovascular disease. However, there was also no clear evidence of harms, either.

The authors point out in their discussion that their review isn’t the first to identify a lack of benefit from vitamin supplements, there are at least ten others that have drawn similar conclusions. They also point out the challenge of studies of this kind – you need thousands of participants and must follow participants for several years, which makes for a very costly trial. However, given the continued interest (and spending) on multivitamins, this might be a worthwhile investment. But given the perennial popularity of multivitamins, would a negative trial actually make a difference?

The thing to do with [these reports] is just ride them out…we see no impact on our business.

– Joseph Fortunato, Chief Executive of General Nutrition Centers, quoted in Do You Believe in Magic? by Paul Offit

In light of the systematic review, the USPSTF has issued the following draft recommendations:

So there is insufficient evidence to establish a clear benefit or harm. Both recommendations are given an “I” rating which means that if the product is offered/suggested, patients should understand the uncertainty about risk and benefit.

Beta-carotene and vitamin E get their own recommendation:

This is a “D” recommendation, which means use should be discouraged.

Without demonstrated benefit, there’s currently no clear rationale to justify multivitamin supplements or individual vitamins to prevent cardiovascular disease or cancer. Taking vitamins for “insurance” doesn’t appear to be harmful, but the evidence isn’t conclusive. It’s concerning that the two individual supplements for which we do have good evidence also have the least attractive risk/benefit profiles. While the risk of harms do seem low, (especially if you avoid vitamin E and beta-carotene), there’s also no evidence supplementation offers any upside. I’m a believer in the hypothesis that supplement consumption may actually worsen dietary intake, so my advice remains unchanged: If you believe your diet is unhealthy or insufficient to meet your nutritional requirements, then change your diet instead of adding supplements. Supplements should be reserved for when there’s an actual dietary deficiency or medical need that cannot be met through diet. You won’t see this message advertised anytime soon by the supplement industry.

Photo from flickr user markhillary used under a cc licence.

One thought on “Do vitamins reduce the risk of cancer or heart disease?”