I’ve noted before that it’s remarkable how quickly medicine can progress. Most of the therapeutics I learned in pharmacy school is now obsolete. When I started practicing, HIV was treated with only three drugs: AZT, ddI, and ddC. They were modestly effective, and the disease was invariably fatal. Today, the management of HIV has been completely transformed – it can be managed almost like a chronic disease. There’s been remarkable progress in ulcer treatments, too. Peptic ulcers used to be treatable, but usually recurred. Now that the bacterial cause is understood, we can heal ulcers – permanently. The progress in cancer has also been amazing. Some have gone from quickly fatal to highly manageable, and the number of cancers we can cautiously call “curable” is growing. All of this is due to the progress of science in medicine. As new scientific evidence emerge, our understanding of illness changes, and so do our treatments. That’s the long-term view, anyway. Up close, and taking a short-term view, the progress of medicine doesn’t look at smooth. New drugs come on the market, only to be withdrawn. New medical procedures are touted to be panaceas, yet they’re ultimately found to have little effect. We can fool ourselves into thinking we’re helping, when we’re not. When you take short-term perspective, it’s no wonder that people are confused by new medical findings. Information doesn’t emerge in a linear fashion – it’s more like a branching tree, with a lot of dead ends. It’s the dead ends, the controversies, and the contradictory data that get the media attention – the modest but real incremental benefits that are discovered and put into practice each year don’t seem to get the press of the latest wonder/killer drug.

That’s why it’s sometimes good to step back and reflect on the big picture. Medicine progresses. That’s part of being a science-based heath professional. We don’t have  choice about it – all science is tentative, and our practices are (or should be) based on the best evidence. New theories are tested against old ones, and our decision making is informed by what works – not dogma. That’s why I’ve really enjoyed reading The Medical Book by Clifford A. Pickover. Cliffover pairs up a page that describes a medical innovation with a gorgeous illustration. The book starts in 10,000 BC, and proceeds from there.

Through 250 milestones, Pickover describes some of the milestones in history – some of which have been discarded, others which persist. 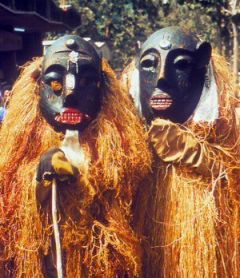 Each entry describes the milestone in detail, and there’s an illustration for each. When read in this type of chronology, the linkages become more more clear – intersecting lines of scientific evidence that converge to advance our knowledge. So the linkage between antiseptics (1865), Ehrlich’s “Magic Bullets” (1910), penicillin (1928), sulfa drugs (1935) and peptic ulcers treatment with antibiotics (1984) becomes clear. Or you can look at small bowel transplant (1987) that builds on achievements such as the drug cyclosporine (1972), heart transplants (1967), bone marrow transplants (1956), and more, all the way back to tissue grafting (1597).

What’s also fascinating are the entries for practices like acupuncture, homeopathy, iridology or phrenology. As the key tenets of these practices have been demonstrated to be groundless, just like drilling holes in heads (trepanation, 6500 BC) or bloodletting (1500 BC) they are no longer considered part of medicine. They still, persist, however, as “alternative” medicine, for reasons other than scientific evidence.  In the context of the progress of medicine, these are essentially unchanged since they were invented.

I really enjoyed The Medical Book and recommend it to anyone interested in learning more about the history of medicine.

Along the same theme of the progress of medicine, check out this video produced by the New England Journal of Medicine to celebrate its 200th anniversary. It looks at developments in cancer, surgery and HIV. Again, it left me deeply appreciative of the work of scientists, researchers, and health professionals who work to advance medical knowledge and improve the science of medicine. Well worth your time. We really are living in the best of times.