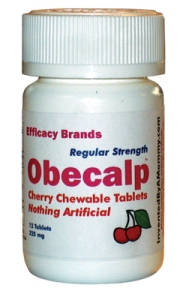 How frequently are placebos prescribed and dispensed? I blogged earlier this week about Tom Blackwell’s recent article in the National Post on the prevalence of placebo prescriptions.

The authors of the paper Blackwell summarized suggest that one in five physicians actively use placebos. Even if they’re being used sporadically, that’s a lot more use than I would have expected, and what my own clinical practice would suggest. Is my experience typical? Judging by the comments I received this week and feedback on on Twitter, my experience is atypical. While use seems to be uncommon, it’s definitely still happening, and some pharmacists actively participate in the charade. I was surprised to see that there are even some impressive-looking commercially-manufactured placebo capsules out there, too. (I wonder if they’re covered by insurance plans?)

I was able to obtain a full copy of the article Blackwell reviewed (behind a paywall, sorry), and it provided some context to the prevalence numbers. The web-based survey (still online) was sent to 7600 academic physicians, plus an undisclosed number of psychiatrists. Given the response rate was so low (though perhaps not unexpected for a survey), there is no information to suggest that the sample that responded is representative of the broader physician population. Given the subject matter, I’d expect that supporters of placebo use might be more inclined to respond. All of this leads me to conclude that, yes, it is happening, but no, it’s probably not one in five physicians.

The usage of placebos in active practice is one that David Gorski, my colleague over at Science-Based Medicine has discussed before, and he had some serious ethical problems with their use. Gorski reviewed a paper by Tiburt et al, which was a survey of 1,200 internists and rheumatologists, and noted that among the 57% that responded, about half reported prescribing placebo treatments on a regular basis. Big numbers, and a much better response rate. But it also could have been skewed towards placebo prescribers.

I turned to the biomedical literature for some prevalence information. PubMed looked kindly upon my request: A 2010 paper entitled Frequency and circumstances of placebo use in clinical practice – a systematic review of empirical studies. In their study, Fässler and colleagues searched the literature with a wide net, looking for articles on the frequency of placebo use and attitudes among health professionals, students or patients.

Before we dive into the results, it must be noted that not all placebos are the same. And this might explain the disconnect between the surveys, and my pharmacy observations. “Pure” placebos are truly inert: they contain no active ingredients. These are the sugar/lactose pills, saline injections, and most homeopathy (products diluted beyond 12C, at least). “Impure” placebos, on the other hand, actually contain active ingredients, but are ineffective for the condition being treated. This could be because of a sub-therapeutic dose, or the active ingredient has no effectiveness against the condition being treated (e.g., antibiotics for viral infections, or the less-dilute homeopathic products). So perhaps those prevalence numbers may not be so wrong – subtherapeutic doses or antibiotics are less obviously detectable as being prescribed with placebo effect intent.

The review identified 22 studies of relevance, some dating back as far as 1973. (The Tiburt paper referenced above was among them.) Most were quantitative studies, based on interviews or questionnaires. Studies were conducted in a range of countries, with North America being reasonably well represented. The data quality was not impressive. Most of the sampling was non-random, none of these surveys used consistent questions, and response rates were all over the map. Even the definition of placebo varied between studies.

Under what circumstances would deceiving a patient be felt to be acceptable? Without a systematic survey, it’s impossible to quantify the conditions and reasons for use. But some of the themes identified include:

Respondents in the different studies generally believed that placebo could be effective in a subset of patients, ranging from 5% to 42%. Among physicians and medical students, up to a third believed that placebos can induce objective, physiological changes. The overall appropriateness of placebo use led to some divergent opinions. From an ethical perspective, very few thought the use of placebos should be prohibited, though many considered the use problematic. A surprising number considered the use of placebos acceptable if used for patient benefit.

Another interesting paper, not included in the Fässler review, was published in 2010 in the journal Family Medicine. Kerman et al reported on a survey of 412 physicians in the paper Family physicians believe the placebo effect is therapeutic but often use real drugs as placebos [PDF]. Again, the response rate (43%) was poor, but among responders, 56% reported using a placebo in active practice, with 19% doing so more than 10 times per year. The most common placebo cited was the use of antibiotics (43%) followed by vitamins (23%) and herbal supplements (12%). Pure placebos were infrequently used.

Survey responders had very positive opinions of placebo use, with 85% believing that placebos have psychological and physical benefits. Remarkably, 92% supported placebo use in clinical practice. Only 8% felt placebo use should be prohibited. The most common reasons for placebo use were “unjustified” demand for medication (32%) followed by the desire to calm the patient (20%) and after therapeutic options were exhausted (20%).

It’s the impure placebos that concern me the most. The popularity of antibiotics as placebo treatments is alarming. While generally well tolerated, they’ve got a long list of side effects, which can be serious in rare cases. And antibiotic resistance, driven by misuse, has public health consequences. The use of vitamins and herbal supplements is also troubling: it’s increasingly clear that these products can cause harms, too. And it leaves me wondering what proportion of physician-recommended use of vitamins and supplements that I see is just a deliberate attempt to harness placebo effects.

The literature can tell us much about the placebo, but much less about how these products are actively used in the practice of medicine. The data are poor, but there’s enough to suggest that deliberate placebo prescribing is taking place, albeit with some ethical discomfort for many prescribers. Outside of perhaps a hospital setting where a “pure” placebo could be evaluated somewhat more objectively, I can’t imagine any situation where their provision would be ethically acceptable. As a pharmacist, my responsibility is to the patient, not the physician, and in a community pharmacy setting, I’d refuse to provide any treatment that would require me to deceive the patient about true nature of prescription. The idea of placebo effects may be tantalizing, but not at the cost of patient autonomy, or inappropriate prescribing.