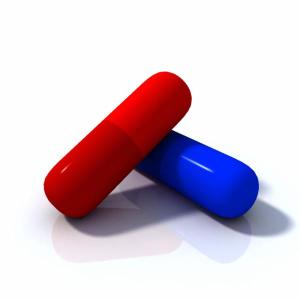 Imagine you’re an FDA reviewer looking at a new drug application. Drug A relieves a symptom, but doesn’t cure any disease. It doesn’t conflict with other medications. It’s considered safe in pregnant and breastfeeding women. At normal doses, there are virtually no side effects. There’s one unfortunate problem: If you take ten times the dose, liver damage is very likely and may be fatal. In other countries, Drug A is the number one cause of acute liver failure.

Should Drug A be available without a prescription?

Now consider another drug. Drug B also treats a symptom, but can also be used to treat a number of acute and chronic conditions, some of which require monitoring by specialist physicians. Drug B should generally be avoided in children, as it is associated with a rare but fatal toxicity. Even at normal doses, it can cause an array of side effects, and severe digestive system toxicity, resulting in hospital admission, is not uncommon. It interacts with other prescription drugs, and can be fatal in overdose situations.

Should Drug B be available without a prescription?

What factors influence if a drug can be purchased without a prescription? Drug A is acetaminophen (Tylenol), a safe drug when used at appropriate doses, but highly toxic in overdose – one in three overdoses are fatal, and linked to 500 deaths per year (USA). Drug B is aspirin (acetylsalicylic acid/ASA), with well established benefits for a number of conditions, but also an impressive side effect profile, including stomach ulcers, multiple drug interactions, and an associated risk of Reye’s syndrome when given to children.

Acetaminophen and aspirin are among the oldest drugs that continue in regular use. Both were first marketed long before the current drug licensing standards were implemented. And both have side effect profiles and toxicities that rival some prescription drugs. But they’re hardly alone in the over-the-counter (OTC) marketplace, which is a collection of drug products with varying levels of effectiveness and safety. When it comes to decisions about access, science informs, but does not determine, your ability to buy a drug without a prescription.

In the United States, as in most other countries, drug regulation has evolved over time. Oversight started in 1906, with standards set for strength and purity. Safety standards were introduced in 1938, but existing drugs, which were generally recognized as safe, were exempted from this requirement. It was recognized that some drugs required specific expertise to use, and the concept of prescription-restricted drugs was introduced at that time. Safety and efficacy standards didn’t arrive until 1962, following the thalidomide tragedy, and again, drugs that were generally recognized as safe and effective were exempted from these new requirements. The U.S. regulatory framework is largely unchanged since that time. Despite retroactive evaluations of efficacy that have been applied since the 1960’s to evaluate older drugs, the reality is that older drugs with a long history of use may not be supported by the robust clinical data that would be demanded for newly marketed drugs.

Today, regulators like the FDA determine a drug’s prescription status. Prescription-only drugs require physician diagnosis, and are for conditions that cannot be self-diagnosed. These drugs may have the potential to produce dependency, have significant drug interactions, or have the potential to cause resistant organisms to develop. For a drug to be considered for OTC status, the FDA states that consumers need to be able to self-diagnose, self-treat, and self-manage the condition in question. OTC products are expected to offer a wider margin of safety over prescription drugs, in the event that they are used inappropriately.

Some countries have a sizable “behind the counter” (BTC) category, for drugs which can be purchased without a prescription, but require a pharmacist’s authorization for sale. BTC drugs may have a dependency potential, or a complicated dosing schedule. Or, the drug may have the characteristics of a prescription drug, but the need for emergency access outweighs prescription controls, such as insulin, nitroglycerin, or Epi-pens. Proponents of BTC argue it offers greater consumer access to drugs that do not require physician consultation, but benefit from pharmacist consultation. Detractors cite the lack of physician oversight, or possible attempts by manufacturers to circumvent more strict prescription drug regulatory and marketing requirements. In some countries, even cholesterol-lowering medications like simvastatin (Zocor) are BTC, clearly pushing the limits on what can reasonably be regarded as self-managed conditions. Drugs can move both directions: In the United States, emergency contraception (Plan B) recently moved BTC for women 18 years of age and older. Pseudoephedrine (Sudafed) was an OTC drug for years until it moved BTC in many countries: not because of safety reasons, but because it’s a key ingredient in manufacturing methamphetamine.

Where the prescription/non-prescription line gets fascinating (to pharmacists, anyway) is when you start comparing between countries. Pharmacy “tourists” engage in a kind of drug arbitrage, stocking up on products they can’t get back home. Canadian visitors to the United States load up on omeprazole (Prilosec/Losec) for stomach problems, Neosporin antibiotic eye drops, 1% hydrocortisone cream, Primatene Mist, and until recently, naproxen (Aleve). American visitors to Canada are renowned for buying large supplies of 222’s (codeine, aspirin, and caffeine), Tylenol #1 (codeine, acetaminophen, and caffeine) and until recently, antihistamines like Reactine and Claritin. Fluconazole tablets (for yeast infections) are OTC in Canada, but prescription in the USA. It’s clear, even comparing between two countries with similar regulatory frameworks, like Canada and the USA, that there are different factors under consideration.

Beyond the regulations themselves, how evidence is interpreted seems to play a large factor in influencing decisions about prescription status. Consider cough and cold products in children: A handful of ingredients have been used for decades, and were approved long before current standards were in place. Clinical data supporting pediatric use is either of poor methodologic quality, or lacking altogether. Over the past few years, reports of (sometimes fatal) side effects in children prompted several countries to review this group of products:

Four regulators. Same data. Four different decisions. Each regulator had to weigh issues such as the mild and self-limiting nature of the illness, the consequences of rare but sometimes serious side effects, the perceived effectiveness of restrictions/relabelling, and the general philosophy about minimum safety standards for licensed drug products.

Prescription or OTC, no drug is absolutely safe under all circumstances. In order to have a meaningful therapeutic effect, any drug can be expected to cause some sort of side effects. And all have a toxicity profile that must be evaluated, and weighed against the benefit that is expected. Old drugs have a long history of use, which helps us understand their side effect profile, as well as the prevalence of any rare adverse effects. But the trade-off can be that these drugs may never have been adequately assessed for efficacy, particularly for the way they are being used. It’s one reason why different regulators routinely make different decisions on prescription / non-prescription status: Balancing access with safety, and the implications of possible widespread use of a drug, with sometimes very limited clinical data. Science informs this decision, but it’s one factor among many that are considered. Decisions are made that reflect this balance.

What does this mean for science-based medicine advocates? Understanding the factors that influence regulatory decisions force us to stay vigilant, and bring the evidence to bear even on seemingly straightforward health interventions. A non-prescription drug isn’t necessarily effective, or safer than prescription alternatives. If data emerges to suggest a drug causes more harm than good, then we should stop using it. Where the evidence suggests that drugs can be safely and effectively used without the need for physician intervention, we should support their move to OTC status.

It’s not a perfect process, as the cases show. Regulatory systems consider a number of issues when evaluating drugs, of which the underlying science is just one factor. There is a considerable grey area, and it reinforces the importance of considering OTC drugs just as we do for other health interventions: evaluating risk and benefit, and ensuring there’s evidence to support the decisions we make.