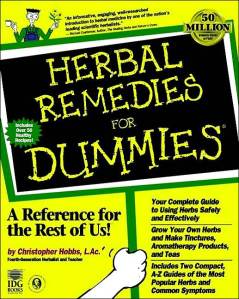 Oil of oregano has been around for several years, yet its ubiquity in pharmacies makes it worthy of scrutiny.  Is there any plausible science to support the claims made about oil of oregano? Does it belong in pharmacies that offer medicines that are based on good science?

How did herbs come to be used to treat infections?

One of the obvious signs of infection and disease can be a foul odour. Long before our scientific understanding of bacteria and antimicrobials, people treated wounds with different products in an attempt to minimize the odour, and hopefully speed healing. It’s likely that someone happened upon a fragrant herb and discovered that it seemed to help treat wounds (or at least, cover some of the smell.)

Plants and herbs have been tremendous sources of drug therapy research, as they contain many biologically active compounds. Several prescription drugs come from plant sources, and many others are based on compounds originally identified in plants. There’s been some investigation of oregano leaves to examine the components, and test if it might offer any medicinal effects.

What’s in oil of oregano?

Oregano leaves contain a wide variety of chemical compounds, including leanolic acids, ursolic acids, and phenolic glycosides. Phenolic compounds make up to 71% of the oil. Carvacrol, thymol, cymene, and terpinine and are found in oregano leaves and do appear to have biological effects. It’s these chemicals that are proposed to be the parts with beneficial effects.

What is oil of oregano supposed to do?

After reading some of the internet ads and pharmacy brochures, you may ask yourself, “Is there anything that oil of oregano doesn’t do?” The claims for oil of oregano are truly impressive: “Oregano P73 is the medicine chest in a bottle, especially since it is proven to never harm the internal organs, even when used daily for health maintenance,” according to one marketing article.

How a single product can bring so much benefit to so many conditions would make it truly remarkable – almost magical in its effectiveness. So let’s look at what the science says.

What does the science say?

Oil of oregano is a great example of how test tube studies can be misleadingly exaggerated to imply meaningful effects in humans. With oil of oregano, a few small studies have been conducted, mainly in the lab, and believers argue  we should expect the same thing when we take it orally.

When we think about using a substance to give a medicinal effect, we have to ask the following questions: (1) is it absorbed into the body at all? (2) Does enough reach the right part of the body to have an effect? (3) Does it actually work for the condition? (4) Does it have any hazardous, unwanted effects? (5) Can it be safely eliminated from the body?

1. Is oil of oregano absorbed? Some parts of the oregano do appear to be absorbed but these chemicals do not have any proven medicinal effects.

2. Does enough reach the right part of the body to have any beneficial effect? It’s not clear where the chemicals in oil of oregano act in the body, and no research has been done to show that it is adequately absorbed. However, there is some evidence to suggest that oregano may be implicated in inducing abortions [1] , so if this is indeed possible, some parts of the herb must be absorbed when taken at very high doses. When applied to body surfaces or skin, oil of oregano is more likely to reach high concentrations, and then possibly deliver a medicinal effect. Consequently, uses for these types of treatments are more plausible than internal uses.

3. Does it actually work for the condition? There is no published evidence to demonstrate that that oil of oregano is effective for any medical condition or illness. There is some very limited evidence to suggest that it might be useful for parasite infections – but given the evidence consists of only one study with 14 patients, and no placebo comparison, we really have no idea if the oregano oil was effective. The bottom line is that despite all the marketing, press, and sales, there is no research that exists to demonstrate that oil of oregano does anything useful in or on our bodies.

Let’s consider how oil of oregano might treat an infection. Bacteria are killed by antimicrobials based on a specific dose-response relationship. A minimum amount must be present at the site of infection, called the minimum inhibitory concentration (MIC). Then there’s a range where the bacteria (or viruses, or fungi, or parasites, depending on what you’re treating) are killed, in rough proportion to the dose. Finally, you may hit a range where side effects and toxicity are noted. You repeat the dose as often as necessary to maintain the MIC at the site of infection.

There’s some evidence out there demonstrating that oil of oregano will kill different species of bacteria, etc in the test tube or petri dish – i.e., in vitro. Big deal. If I pour a pile of salt, lime juice, Cointreau, or tequila on a petri dish, it will likely kill most bacteria too. It’s not difficult to kill bacteria if you change the conditions enough that it cannot live. So while it’s easy to get high concentrations of oregano in a test tube and subsequent positive effects, these effects are meaningless in the human body unless we can achieve similar concentrations, without any toxicity to our body. And there is no evidence that this occurs with oil of oregano.

So just like you can’t cure an infection by drinking margaritas, you shouldn’t simply expect oil of oregano to kill any infections in your body – there is no evidence to demonstrate that you can safely consume the oil, absorb an adequate amount, and treat an infection or any other condition.

4. Does oil of oregano have any hazardous, unwanted effects? Just because a product is sourced from nature doesn’t mean it’s safe. Remember that cyanide, atropine, and poison ivy are all plant-derived, and quite toxic.

There are some reports of gastrointestinal upset with oil of oregano. [1] There are also reports of allergic reactions, so it’s possible that you might have some sort of undesirable reaction, whether you consume it, or put it on your skin.

There is no evidence to suggest that oil of oregano, used at high (medicinal) amounts, may be used safely in pregnant or breast feeding women [1]. However, when used in cooking, and as part of a regular diet, there is no evidence that it causes any harm to a fetus, or to breastfeeding babies. [1]

5. Can oil of oregano be safely eliminated from the body? So little published research exists on oil of oregano there is no way to determine if oregano oil is non-toxic. Certainly, at low doses, when used as a food, there is no reason to have any concerns. But at higher doses, and particularly with regular use, there is no data that has determined that it’s safe to consume all that carvacrol, thymol, cymene, and terpinine. As we have no idea if and how oregano oil works, we have no information to estimate what a proper dose might be. Consequently, dosing instruction you might read elsewhere are made up or simply anecdotal  – they’re not based on any science at all.

Despite its popularity, there is no science to support the use of oil of oregano for any medical condition. It’s not even pseudoscience. Suggesting that this herb is can effectively treat serious medical conditions like diabetes, asthma, and cancer is dangerous quackery. Unless your local drug store also sells groceries, oregano has no place in the science-based pharmacy. Save your oregano for your cooking, and use proven medicines for your illnesses.

69 thoughts on “Oil of Oregano: All anecdotes, no science”